It is with great sadness that we inform the Sacred Heart College Community of the passing of one of our much loved and long serving staff members and colleague – Roger French.

Roger’s journey at Sacred Heart College commenced in July 1996, where he was appointed as the Director of Development for the College Foundation, a position he held until the end of 2007.

He returned to the classroom fulltime in 2008 as Learning Area Coordinator for Design and Technology at the Middle School, and for the last 13 years, Roger has been living out his vocation in educating young people in construction, design, and technology.

Roger’s greatest passion outside of the classroom was competition canoeing. His achievements in the sport as a competitor are extraordinary. He won 35 National Canoe Sprint & Marathon Titles, and more than 400 State Canoe Sprint & Marathon Titles. Just last year, Roger won Gold at the International Canoe Federation Masters World Champion in Sydney. But without doubt, one of Roger’s greatest achievements was witnessing four Sacred Heart old scholars, who he coached and mentored, make the finals of the Olympic Qualifiers in Slovakia in 2014.

Roger leaves us with a rich legacy. He was a man of deep faith, his personal and professional integrity was of the highest order, and he always fostered the self-worth of the students he taught.

In the immediate aftermath of Roger’s passing, his wife Maria and son Tom stood for a few special moments in ‘Roger’s Workshop’ reflecting on his love of Sacred Heart!

Our deepest sympathies are with Maria, their four children; Tom, Emily, Laura and Megan, and grandchildren; Patrick, Ethan, Siobhan and Holly.

Eternal rest grant unto him O Lord. And let perpetual light shine upon him. Through the mercy of God, Rest in Peace. 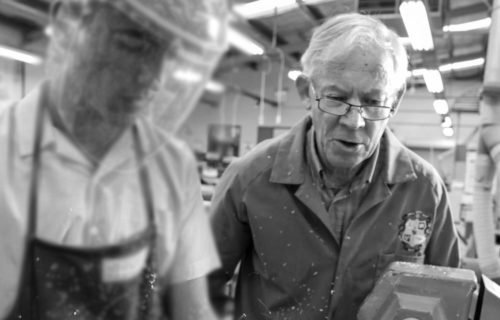 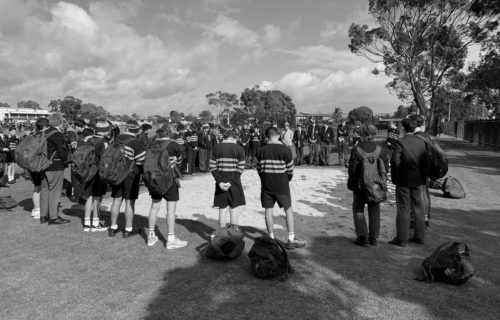 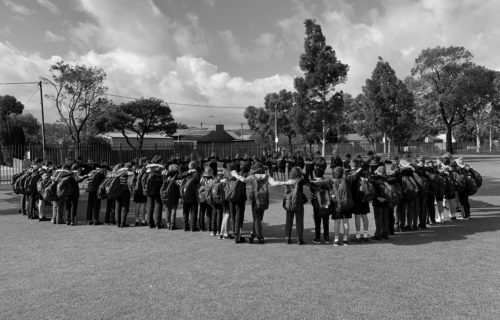 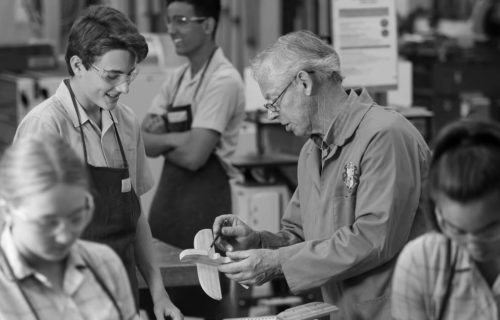