Sport is well and truly back for our students with winter sports starting successfully in Week 1, closely followed by Knockout competitions this week. Midweek teams of Rugby, Squash, Boys Soccer and Girls Football have all started well. Our weekend teams of Netball, Boys Football and Basketball head into Round 3 this weekend. All students have been representing the blue and blue with pride and making the most of their shortened season.

It was a huge week for Statewide Knockout competitions at Marcellin Campus for girls sport. On Monday 3 August, the Open Girls Soccer played against both Pembroke School and Brighton High School in the first round of the Statewide Knockout competition with Brighton progressing through to Round 2. On Wednesday 5 August the Open girls AFLW side defeated both Adelaide High School and Cabra Dominican College to progress to Round 2 of the Statewide competition. To finish the week off, the Open A netball side played both Immanuel College and Adelaide High School but were unsuccessful in winning through to Round 2.

A big congratulations to all teams on a great effort in their respective Knockout competitions and good luck for the teams heading into the next round. Results are listed below. 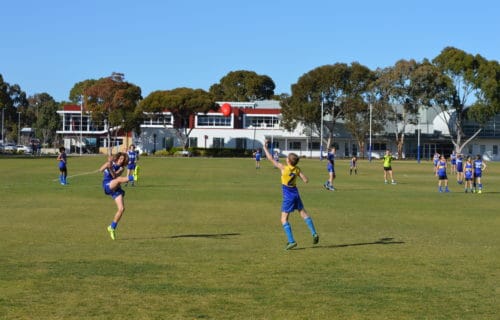 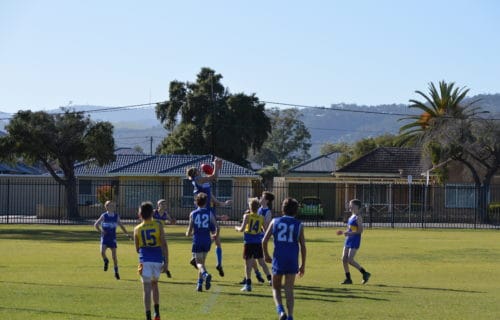 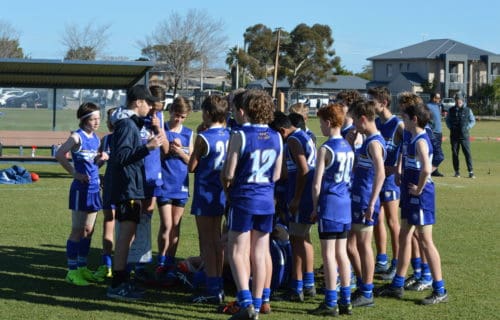 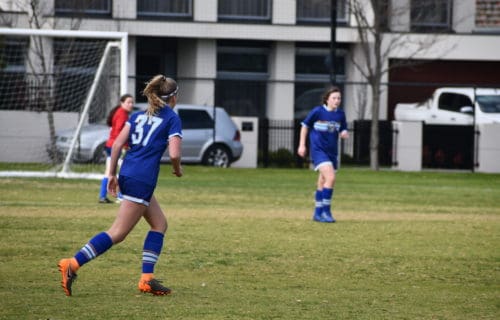 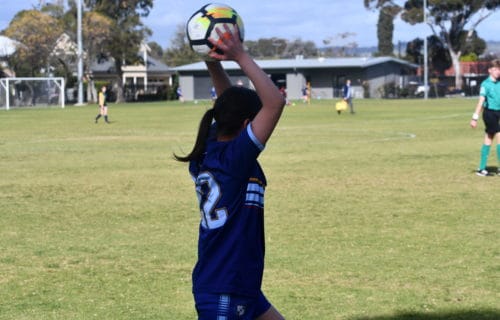 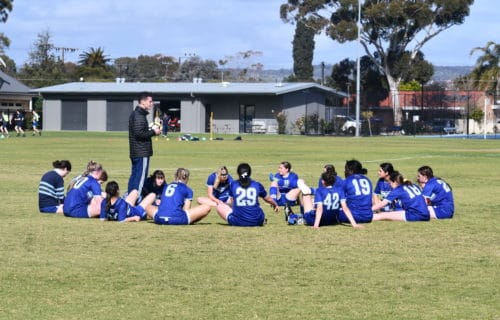 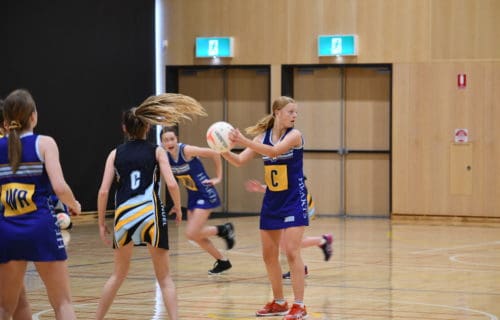 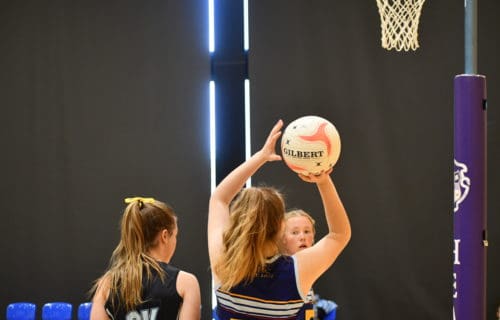 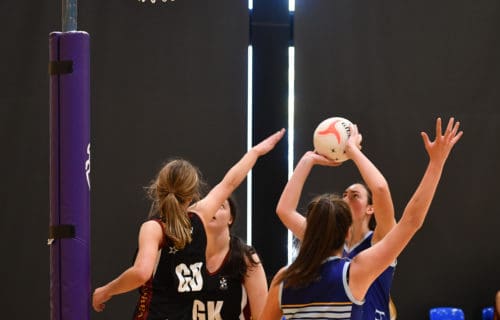 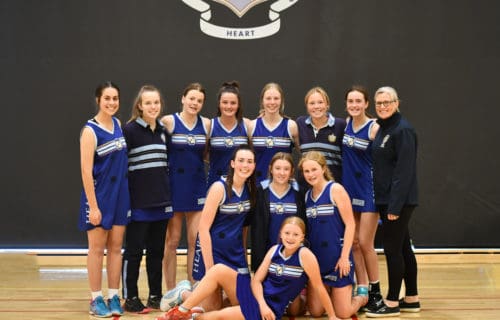 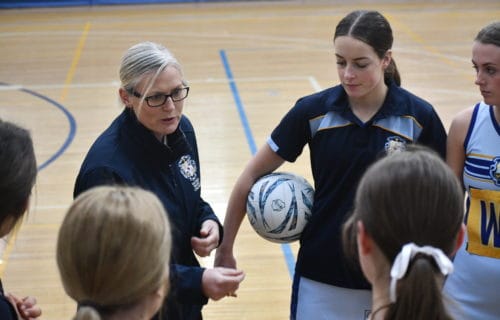 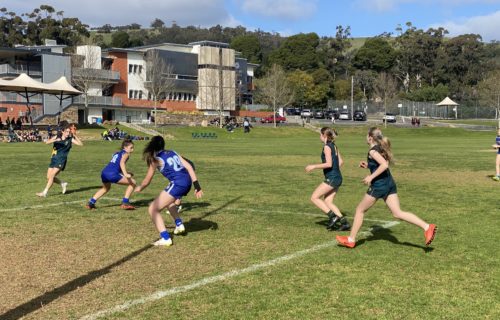 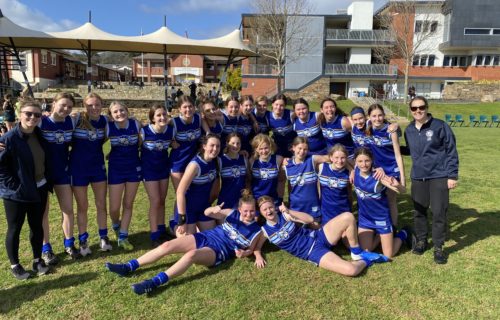 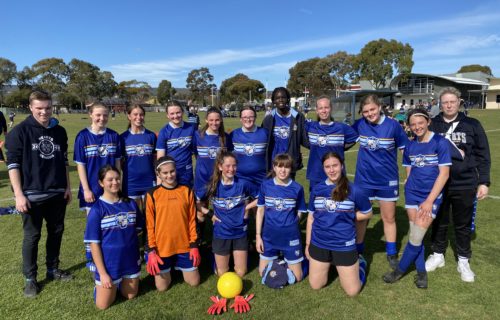 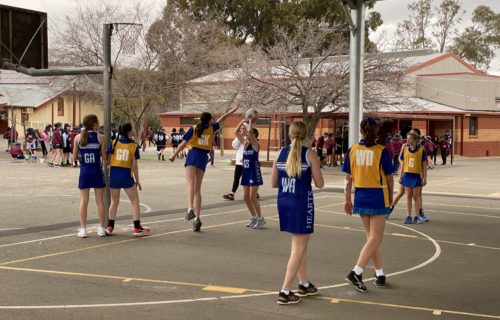 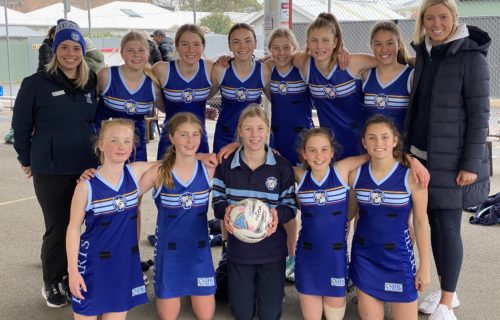 On Thursday 6 August, Year 7 – 9 Boys at Champagnat Campus were fortunate enough to listen and learn from Australian Wicket Keeper, Alex Carey. Alex spoke about how important sportsmanship is on and off the field and how it drives and influences his career. He shared stories of sportsmanship throughout his career and credited his attitude and resilience as key elements that got him to the level he is at today, playing for Australia. His ability to overcome failure and adversity throughout his career was what made him most proud. We heard that failure is a part of life and that bouncing back from failure is what makes you a better athlete, role model and person.

A turning point in his career was getting back to enjoying his cricket which reminded him why he began playing in the first place. With enjoyment and passion for the sport, success and accolades came as well.

The key message we heard from Alex was about the importance of respect in the sporting arena. He described how immensely important respect is on and off the field and how you are much better off in life by showing respect towards others. His message was that showing respect for yourself, your teammates and your opponents will  translate back into your life to ensuring you are respected by others. On behalf of the boys at Champagnat Campus, we would like to thank Alex for volunteering so generously to come and talk to us about his life and share his stories and experiences with us. 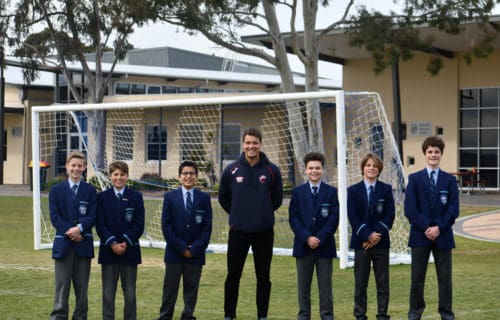 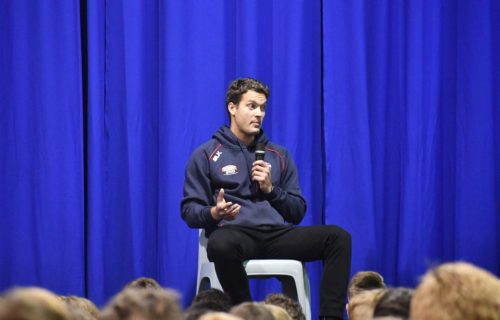 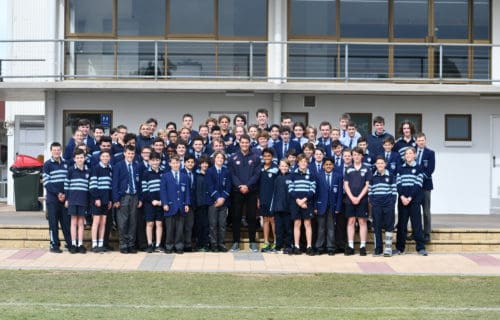 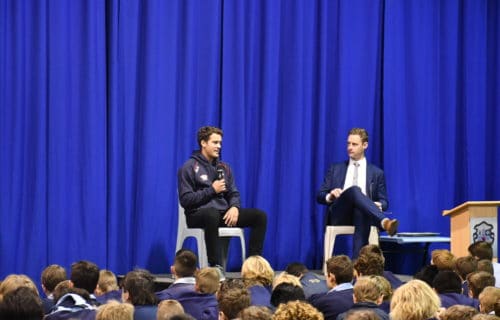 On Thursday 6 August, Year 7 – 9 Girls at Champagnat Campus were lucky enough to have Eloise Jones and Caitlin Gould from the AFLW Crows come in and talk to us about the ways in which respect and teamwork has helped them in their careers.

Before becoming a professional athlete, they talked about their knockout teams in Years 8 – 11 and how they didn’t do too well until Year 12 where they made it into the Semi Finals. Caitlin Gould played high level Netball and Volleyball her whole life and didn’t have a thought about playing football until one of her friends asked her to come out and give it a shot. Eloise Jones played in the guys football team throughout primary school because she explained to us that there were no pathways for girls in the career of football when growing up.

The girls then moved onto talking about the team side of football and how important it was. They told us that being in a team meant they needed to always have respect for their guernsey, respect for teammates on and off the field and respect for the other teams. They also added that it was best not to have an overconfident mindset before the game and to reflect on the games afterwards. They both told us to not think about mistakes that have already been made and that there is always room to improve.

On behalf of the girls at Champagnat Campus, we thank Eloise and Caitlin for coming in today and giving us some advice on the sporting areas in life. 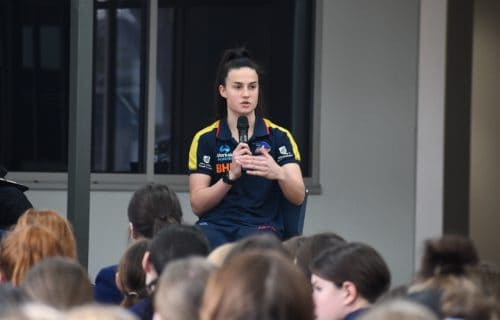 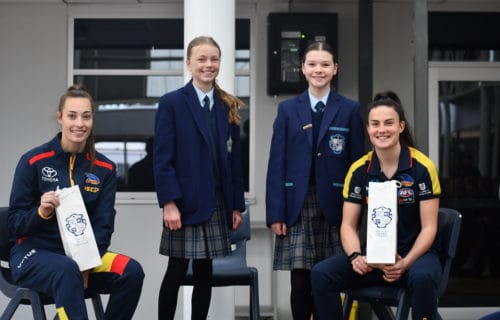 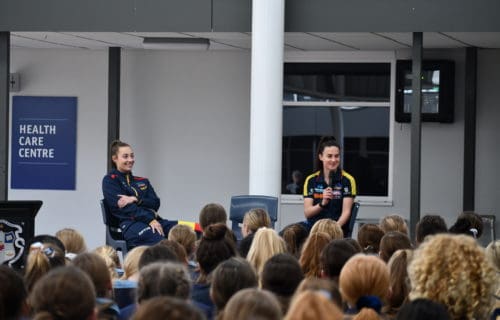 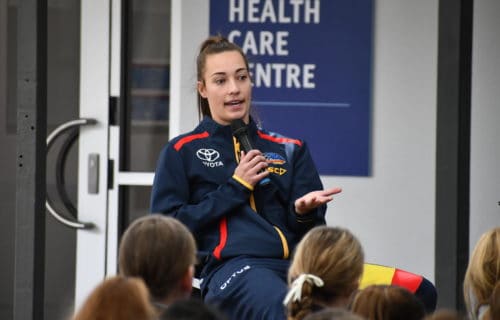