At the heart of our approach to mentoring, caring for and educating each young person entrusted to us, is our Pastoral Care program.

In light of the Marist characteristics of family spirit, we build strong relationships, and build communities within our community, which encourage our young people to flourish & become game changers.

Whilst much of this is integrated across all aspects of college life, our vertical pastoral care structure involves the grouping of younger and older students together in a homeroom environment. This grouping takes place at Champagnat Campus in Years 7 – 9 and at Marcellin Campus in Years 10 – 12. Each of our students are assigned to one of five houses and participate in sporting and College events in their House teams.

Our five houses and patrons are detailed below: 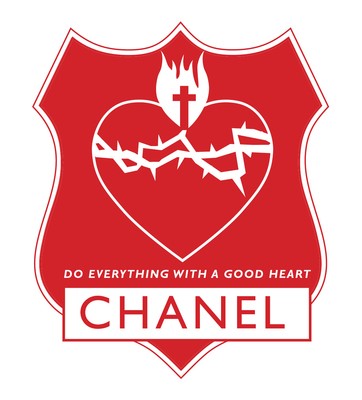 “DO EVERYTHING WITH A GOOD HEART”

St Peter Chanel – “the man with a good heart” – joined the Marist Brothers in 1831, and responded to the call of Pope Gregory in travelling as a missionary throughout the South West Pacific. St. Peter Chanel, was one of Marcellin’s earliest religious compassions. St. Peter’s story is a lesson in faith and generosity. It is one of a human, lovable figure, blending the gentle availability of Mary with the strength of her Son.

Chanel’s logo of the Sacred Heart brings some of the most peaceful moments to families and individuals because of the unconditional love that is symbolises. This also represents St Peter Chanel’s life of finding light and generosity, despite him enduring extreme difficulties and hardships. 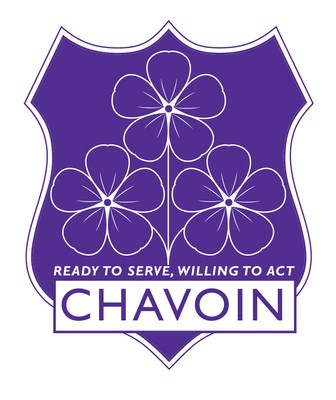 “READY TO SERVE, WILLING TO ACT”

Jeanne-Marie Chavoin was the founder of the Marist Sisters, called to “do the work of Mary”. Like Mary, Chavoin “lived simply”, and was attentive to the needs of others. Action was her second nature. She was renowned for doing works of charity when it was not fashionable or glamorous. That’s the charity that counts.

Spiritual tradition among the Marist Brothers likened the three virtues of humility, simplicity and modesty to three violets hidden in the garden, giving glory to God in their smallness and hiddenness. This reflects Jeanne-Marie’s work of living simply and with humility. 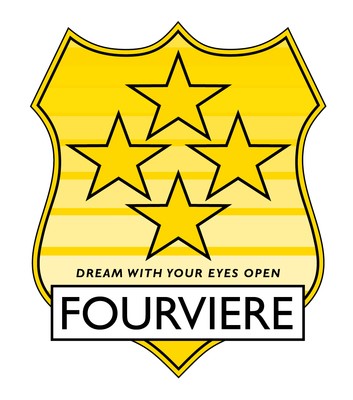 “DREAM WITH YOUR EYES OPEN”

Before the Black Madonna in the Chapel of Fourviere on 23 July 1816 a small group of young men pledged to find a religious congregation of “Marists”. Their dream became a reality in the foundation of the Marist family of religious and lay men and women.

The Fourviere logo background graphic represents the 600 steps that the 12 seminarians climbed to the Fouviere Chapel with their eyes agaze to the dream that was before them. The four stars symbolise the “Marist Family” – made up of four congregations (Marist Brothers, Marist Sisters, Missionary Sisters of the Society of Mary, and Marist Laity). These four groups are extensions of the original seminarians at Fourviere. 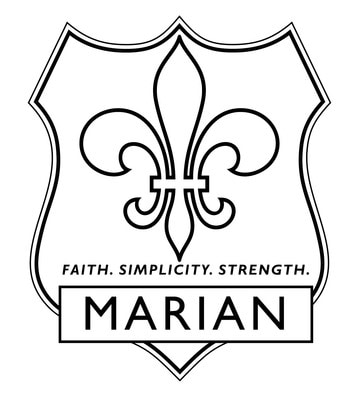 The Society of Mary was formed in devotion to Mary, inspired by Mary, and as the inspiration for Marcellin. Gentle, open minded, and with an open heart, Mary is the figure of tender strength for our Church and a source of inspiration for us all.

Marian’s logo of the Fleur-de-lys (or lily flower) is a long recognised symbol of the Blessed Virgin Mary. It symbolises purity and whiteness. The slogan, “Faith. Simplicity. Strength.” represents the characteristics of Mary that Marists hold dear. 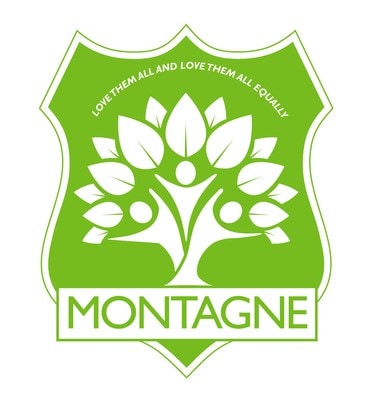 Jean Baptiste Montagne was dying, aged 16, and was ignorant to matters of faith. Marcellin instructed him, heard his confessions and prepared him for death, and was inspired thereafter to begin a community of teaching brothers.

Montagne’s logo of the human figures in the middle of the tree represent our spiritual growth and our ability to be agents of change. The leaves on the tree symbolise the growth of the Marist family across more than 80 countries worldwide.